Neighbors can be friendly or cranky. We have very little choice usually in who lives next to us.

St. Louis was discovering a distinct pattern in its neighbors. On one side they were friendly to the city’s efforts to curb its air pollution. On the other side some neighbors were still downright hostile.

Not surprisingly, the latter all lived in Illinois across the river. St. Louis was no longer buying most of its coal from Illinois because the fuel had been the source of the city’s air problems. But the result in Illinois had been fewer jobs for coal miners and a reduced economy.

On Jan. 11 the mayor of Belleville met with representatives of several other Southern Illinois communities and agreed to sponsor a referendum in St. Louis. The vote would be aimed at reversing a city ordinance adopted the previous April, which restricted residents from buying high sulfur coal. Most of the Illinois coalfields only produced that type of coal. 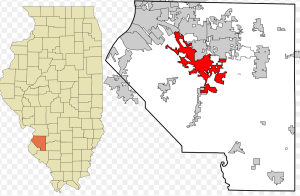 Belleville, Ill. which is located in St. Clair County directly east and from St. Louis.

The Illinois city officials did not explain how exactly they would induce St. Louis to run a referendum. The ordinance had received virtually unanimous support from the St. Louis Board of Alderman, was strongly supported by Mayor Bernard Dickmann, the city’s three daily newspapers and a coalition of the city’s business interests.

In addition, not everyone in St. Louis was happy about paying more to stay warm this winter, even if the tradeoff had been a clearer sky.

Said Belleville Mayor George Remsnider: “A referendum would determine whether the smoke ordinance is the will of the people of St. Louis and would enable East Side (Illinoise) coal miners and operators to know where they stand on the good-neighbor policy.”

Remsnider said the anti-smoke campaign was aided the previous winter by very cold weather which caused more coal combustion and thus more pollution. While St. Louis officials were claiming the city efforts had dramatically reduced smoke this winter so far, Remsnider believed it was because the weather had been so much milder and thus less coal had been burned.

And in a pointed reminder, Remsnider told a reporter he was looking forward to March 14 when Dickmann would be up for re-election in a primary election. Remsnider predicted that there were enough St. Louis voters upset about the smoke ordinance that Dickmann would be defeated.

Meanwhile, neighbors on the Missouri side of the river were reacting exactly the opposite. After the city had begun discussions in December (See Coalblacksky Dec. 11, 2015) the St. Louis Star Times on Jan. 10 surveyed Missouri suburban leaders and found they were all willing to revise local codes to bring them into compliance with the St. Louis anti-smoke ordinance. 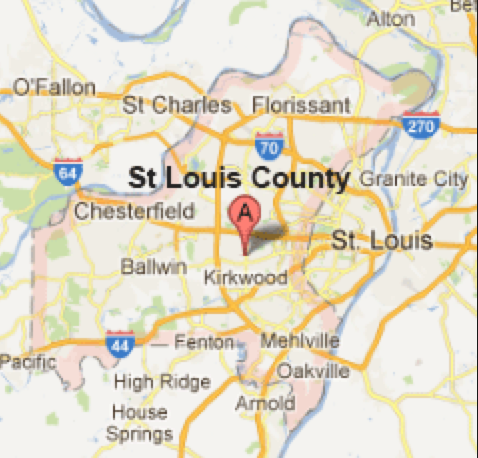 Most of the neighboring communities in St. Louis County generally were in support of the city anti-smoke campaign.

Five days later Dickmann met with two suburban mayors and they agreed to create a committee that would work on a model ordinance that could be adopted by each municipality. Interestingly, one of the mayors was from East St. Louis, Ill.

That mayor, John T. Connors, said that he would not only work with St. Louis and other suburban communities but he would try and convince other Illinois towns to join the effort.

Said Connors: “I am sure that by asking for a meeting of the mayors of the east side cities we could get together on a real program for better relationship between both sides of the river.”

Which way were the political winds blowing in Illinois?

Remsnider began to find out when he called a meeting for Jan. 18 and mayors of 13 Illinois communities did not attend. Still, more than 50 people did show up, including some municipal, labor and coal officials as well as even a few that said they were from St. Louis.

In his speech to the group Remsnider declared that all of the city’s newspapers had been publishing biased stories about the air pollution controversy.

Newspaper editors did not respond. Some seemed more encouraged that so many municipalities were joining St. Louis.

“Here is additional proof that our ordinance is working,” declared an editorial in the St. Louis Star Times. “It’s results are so obvious that even suburban cities, where the smoke problem never has been so serious as in St. Louis can recognize its advantages.”