The story so far:  On November 28, 1939, 75 years ago, a thick, black smoke covered St. Louis, turning day into night, snarling traffic and angering and shocking residents.  A  Smoke Elimination Committee was created and it met through January and into February sorting out its limited options for finagling cleaning the city’s air. Its report in late February proposed that all residents and businesses buy more expensive fuel that caused less pollution.  The question now was whether the city government, and then the city’s residents, would comply.

As he explained once: “When I find men in public office outraging public decency it makes me goddam mad.”

Which made Coghlan seemingly perfect to be the editor of the St. Louis Post-Dispatch editorial page 75 years ago at a time when the newspaper was fighting to help the city rid its terrible air pollution.

The editorials had been unrelenting since the campaign had begun last October.  A few made the front page, but most were on the editorial page, which in those days looked remarkably different than most newspaper pages of today.  The type was normal size but the headlines were no larger, and the page would often have five, six, even eight small editorials.

They were unassuming, the exact opposite of Coghlan.

Time magazine once described him as a ruddy, owlish, excitable Irishman, “who breathes fire and snorts.”

Originally from Chicago, Coghlan had worked in the editorial pages for the last 20 years, first at the Louisville Courier-Journal and then at the Post-Dispatch.  According to Time magazine he was fired in Louisville “for betraying the Courier-Journal’s bone-dry policy (He let a wet letter slip into the letter’s column.”

Coghlan took over as editoral page editor in St. Louis is January, 1939, just before the smoke campaign began.  Some of his battles during the next decade were famous.

Once Coghlan’s ire got raised over three old cannons perched on the lawn of the Missouri Capitol in Jefferson City.  He thought they were a disgrace and should be scrapped but the Governor at the time disagreed.

One day Coghlan was working in his yard, planting locust trees, with the assistance of a tree surgeon, Sidney Stearns.  The conversation turned to the cannons and it ended with Stearns agreeing to drive to Jefferson City with a friend and remove the cannons.  Delighted, Coghlan said he would pay Stearn’s expenses.

But police caught Stearns in the act, as well as a loaded revolver and a full can of gasoline in his truck.  Soon Coghlan’s role was learned and he was arrested.  The Post-Dispatch tried to tell the story playfully but its competitors quoted then Governor Forrest C. Donnell:  “This is outrageous..filled with a spirit of anarchy and disrespect for law…The law is going to be enforced, the Post-Dispatch notwithstanding.”

That controversy was nothing, however, compared to Coghlan’s troubles at the same time the smoke campaign was waging.  The Post-Dispatch had reported that a state legislator had assisted in a bribe of a union leader.  Both were arrested and tried before state Judge Thomas Rowe, who ordered that the legislator be released from any charges.  The following day a judge in a separate civil action concluded that the union leader had been bribed and ordered him to pay a $10,000 fine.

This was too much for Coghlan.  The next day his editorial page ran this headline “THESE MEN ARE GUILTY.”  The language in the editorial was no less vitriolic. 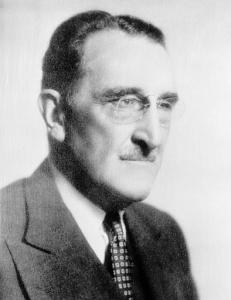 Rowe ordered Coghlan to appear in his court, found him in contempt, fined the newspaper $2,000, Coghlan $200 and ordered him to spend 20 days in jail.  Cartoonist Daniel Fitzpatrick was also jailed.

Journalists around the nation erupted in anger.  Post-Dispatch Publisher Joseph Pulitzer II signed an editorial declaring “The Post-Dispatch Will Not be Gagged.”  Life magazine called it one of the most outrageous attacks on the press since John Peter Zenger.  The New York Herald Tribune labeled it “an arrogant and outrageous abuse of the contempt process.”

The state Supreme Court eventually over-turned the contempt citation.  By then Judge Rowe was gone, having been found dead in a hotel room at the Democratic National Convention.

Coghlan not only got readers mad, he would often anger fellow staffers and even his boss, Pulitzer.

In 1949 Coghlan wound up in what was described in a news story at the time as “a drunken brawl.”  Pulitzer stripped Coghlan of his title, but kept him on the payroll, ordering him to work out of Europe.

Ralph Coghlan had gotten one too many people mad.